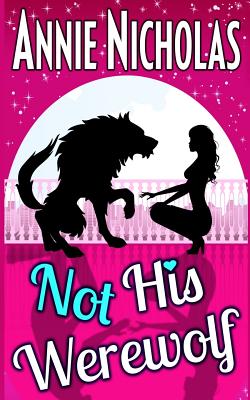 
Usually Ships in 1-5 Days
Welcome to New Port where shifters, witches, and vampires live openly next to humans working jobs, ordering take-out from the blood bank, and looking for love in all the wrong places. After being disowned and labelled human because she can't shift, Betty Newman rescues unwanted dogs to fulfill her need for pack. Being rejected by her birth pack was enough pain for a lifetime and she'll do anything to avoid subjecting herself to their prejudices. Things change when Ken Birch wakes in her kennel still in wolf form and declares she's his soul mate. His presence wakes her feral heart and makes her long for a life she can't have. Old wounds are opened and she refuses to listen to instinct. But only a shifter can be a soul mate and now her life is in danger by New Port's pack. Either Betty learns to shift or she dies. Problem is the only one willing to help is Ken, the last person she wants. THOUGH PART OF A SERIES, THESE BOOKS CAN BE READ AS STANDALONE ROMANTIC COMEDIES. READ THE ENTIRE NOT THIS SERIES 1 Not His Dragon - also in Audio
2 Not His Werewolf - also in Audio
3 Not His Vampire - also in Audio
4 Not His Christmas
5 Not Her Gargoyle
6 Not Her Alpha
7 Their Baby Dragon.
Annie Nicholas writes paranormal romance with bite. She has courted vampires, hunted with shifters, and slain a dragon's ego all with the might of her pen. Besides self-publishing, she also writes for Carina Press and Kensington Publishing. Urban farmer, dog rescuer, and best cook in her house-fine, only cook in her house-are some of the other hats she wears.